St. Bonaventure’s College President, Mr. Tom McGrath, is proud to announce Dr. Kevin Keough ’60 as the Brother J.B. Darcy, C.F.C Alumnus of the Year and Mr. David Browne ’09 as the recipient of the Magis Award for Young Alumni.

St. Bonaventure’s College’s Alumnus of the Year Award recognizes an outstanding graduate whose contributions have notably improved both their profession and community. The recipient enrich the lives of others through their leadership, shared knowledge, creativity and innovation and they inspire alumni, students, faculty and staff.

The Magis Award for Young Alumni honours a young alumnus with a record of extraordinary professional, community or academic achievement. Recipients of the award will be 30 years of age or younger as of the close of nominations for the Awards.

The awards will be presented at the annual Alumni Dinner on Thursday, Oct 20th at St. Bonaventure’s College. Tickets for this event can be purchased online by clicking the button below. 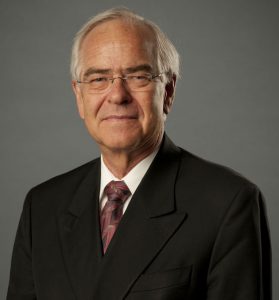 Dr. Kevin Keough received his doctoral degree from the University of Toronto in 1971. He is past President and Chief Executive Officer of the Alberta Heritage Foundation for Medical Research and currently operates Kevin Keough Consulting. Prior to his role with AHFMR he was Chief Scientist at Health Canada. Past roles have included Vice-President (Research and International Relations), and Head of Biochemistry at Memorial University of Newfoundland where he was a Professor of Biochemistry in its Biochemistry and Pediatrics Departments. Dr. Keough maintained an active research laboratory for over 32 years. His research interests include the molecular organization and function in lung surfactant and membranes, and liposomes as carriers for vaccines and drugs.

Dr. Keough is a Past-President of the Canadian Federation of Biological Societies, the Canadian Society of Biochemistry and Molecular and Cellular Biology and the Canadian Association of University Research Administrators. He is also the Founder of NovaLipids Incorporated.

Dr. Keough is currently a member of the Boards of Directors of the Alberta Centre for Applied Micro-Nano Technology Products, the Alberta Health Industries Association, and the Science Media Centre of Canada. He is a member of the External Advisory Council of Virtual Researchers on Call and Partners in Research. He is on the Governing Boards of two international research organizations: NeuroPrion and the Asia Pacific Society for Prion Research 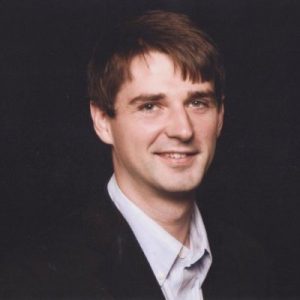 During his time at St. Bonaventure’s College, David was active in the school community. Throughout high school, David volunteered with the St. Ignatius Social Justice group in a variety of capacities. He helped organize events ranging from fundraising dinners to the second Kairos weekend.

David also played on a number of the school’s sports teams during his tenure at St. Bon’s – he was given the Donald C. Crane Award for Most Improved Athlete in 2007 and the High School Basketball Team’s Most Valuable Player in 2008. In graduating with President’s Honours in 2009, David was given the Larry O’Keefe Award. David subsequently entered the Civil Engineering program at Memorial.

He continued to be involved in Social Justice campaigns through his work with Engineers Without Borders (EWB). In that group, David worked in a number of local roles – from advocating for the University to sell more fair trade products to eventually serving as President of the University’s EWB chapter. However, the highlight of David’s time with EWB came when he was selected as the Chapter’s Junior Fellow in the summer of 2012. In that role, David volunteered in northern Ghana for 4 months with the organization’s Agricultural Extension team. In that capacity, he acted as a consultant for a Fruit Exporting company in exploring how knowledge around innovative farming techniques is transferred from researchers to rural farmers.

Since graduating from Memorial University in 2014, David has worked for the Marine Institute as part of a research team focused on improving offshore and marine safety. In the fall of 2015, David started a Masters in Water Resources Engineering at the University of Guelph. In that role, David is studying the presence and movement of insecticides in the groundwater at two sites in Ontario. David continues to be involved in sports such as Ultimate Frisbee and soccer.